Indicators for download (... yes, you can also use DOGE or BTC)

The cart is empty - you can choose some indicators in 'Download files' menu.

Bollinger bands indicator was created by a financial analyst John Bollinger in 1980s. Bollinger bands are a complex technical analysis indicator which calculation is based on the volatility of the market (similar to Keltner channel indicator or Donchian channel indicator). The main idea behind the indicator is that it highlights the overbought and oversold conditions on the market but yet some other traders use it to identify strong trends (so as a matter of fact they use it as a trend-following indicator).

And for people who are not interested in statistical formulas at all the following table that really makes it quite simple should work just fine. So you can calculate the standard deviation like: 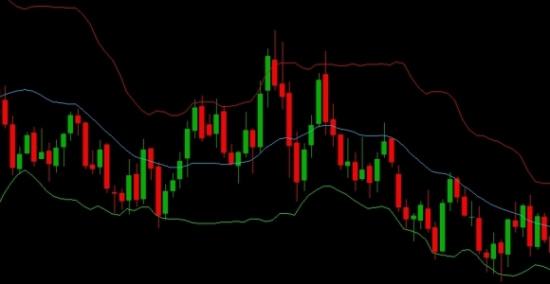 Signals when to buy and sell:
The use of Bollinger bands indicator varies a lot. It is commonly used as an oscillator that should identify the oversold and overbought conditions on the market. That means when the price gets above (or even touches) the upper band it gives a signal that the price is too high (the market is overbought) and the time has come to go short. There is increased probability that the price will get back below the upper band and even go lower. In other words, after touching or overcoming the upper limit the price starts to decline and later it even touches the middle Bollinger band (simple moving average). This is a form of price correction that can come either in ranging market or in strongly trending market, doesn’t matter. But after all there is a difference. While in strongly trending market the price will probably go back to the Middle Bollinger band and then it bounces again upwards, in ranging market there is more probable that the price will break through the Middle band and even continue to the other (lower) band. We can simplify this and say that in trending market the price will probably move between the Simple moving average and one of the bands. In ranging market the price will probably move between both bands, sometimes it bounces back from the middle, sometimes it breaks through it.

As mentioned at the beginning of this article, some traders don’t use it for identifying overbought and oversold market conditions but as a trend-following indicator. They wait while price breaks through the upper or lower band (in ranging market) and take it as a signal that a new trend has just begun (in other words that the long-lasting war between bulls and bears has just been won by one of these groups and that is the reason why the price has broke the upper or lower band).

As there is many ways how to use the Bollinger bands and some of them are opposed, traders who don’t want to rely just on this indicator use to combine it with some other indicators. There were some trading systems tested with ADX indicator (ADX identified the strength of the trend while Bollinger bands provided signals to buy or sell at the right time). Some other people prefer to combine it with chart patterns like supports and resistances, price channels and others.

As with almost all of the technical indicators the best thing every trader can do is to test his own data, his own settings, and his own rules how to trade. Surprisingly, sometimes the best result can be achieved with settings that are not common and rules that are quite strange at a first glance – the more things a trader can change and experiment with the better for him and his trading results. If you are interested in a deeper study of the indicator the following link leads to the technical indicators in Excel files for download. 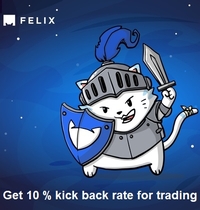